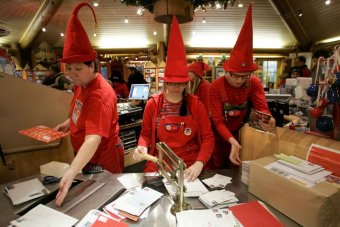 More than 2 million Australian workers are being forced to take their annual leave over the Christmas period, with Gen Y forced to take leave more than any other generation, according to research by financial comparison firm Finder.

Based on a survey of more than 2,000 people, Finder estimated that more than 28 per cent of staff are obliged to take at least a week off over the Christmas-New Year period.

The research found more than 340,000 Australians, or 4.2 per cent, will be forced to take between three to four weeks off – the majority of their annual leave days – when business trading slows or shuts down over December and January.

“While expecting staff to take one week off at Christmas is reasonable, especially if they have excess annual leave days, more than that is unfair and could cause financial hardship and stress down the line, particularly for new employees who don’t have enough annual leave accrued,” said Bessie Hassan, money specialist at Finder.

“It also makes setting aside some leave for a mid-year break or an unexpected event much harder.”

Almost one-in-five (17.2 per cent) of people in Gen Y are forced to take one week off, compared with 15 per cent of Generation X and only 4.5 per cent of baby boomers.

Around three times as many Gen Y and Gen Xers are forced to take two weeks off as their older colleagues.

Finder noted that accommodation and airfare prices roughly double over the holiday period and said those forced to take leave may not be able to afford to go away.

The company also said, according to the Fair Work Ombudsman, an employer can only direct an employee to take annual leave when the business is closed over Christmas and New Year and when that employee has accumulated excess annual leave.

However, this situation can be changed by enterprise agreements in individual workplaces that may contain shutdown clauses.

On a state-by-state basis, one-in-five workers in Western Australia are forced to take leave over the period, which is less than any other state or territory, followed by Queensland and South Australia.

Workers across New South Wales are most likely to be forced to take leave in December and January, with almost one-in-three forced to holiday against their will.