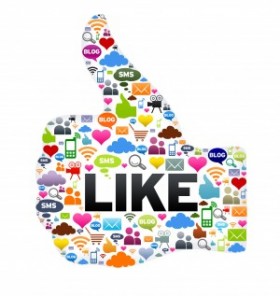 I, like many grew up without the ease of social media and for most of my educational years without readily accessible internet. The accessibility and use of both internet and social media has become vital in most people’s day to day activities. I often reflect and find it amazing how within 12 years of Facebook’s inception, how many of us would be lost without it these days.

Although not an active ‘poster’ on Facebook, I do have an account which I will use occasionally to post photos of my kids and holidays we are on. It leads me though to often think what the psychology behind people’s Facebook postings is. While researching information for this blog, I have viewed many Facebook profiles and observed may posts and interactions and am fascinated on the psychology behind people’s posts and comments on Facebook.

Facebook is more than just an online ‘friendship’ community – it allows you to connect endlessly and develop a false sense of acceptance and friendship. I find it fascinating that many people I have encountered have over 500 ‘friends’ on Facebook, however only a very small percentage of that number, they would truly class as a ‘friend’, others they wouldn’t speak to if they bumped into each other, and others they doesn’t know at all. This being the case, they are still willing to share personal information within this network, and in some way seek acceptance and approval from others in this group. Australians have an average of 150 “Facebook Friends” but of those, statistics show that only 10% would be considered your actual friends.

Many believe that by surrounding yourself with an abundance of ‘friends’ on Facebook is done to increase one’s self esteem. Facebook as a platform gives people the ability to broadcast to a very wide audience. Researchers argue the psychology of posting and some believe that in some cases, the way you interact on Facebook is a reflection on your behaviours in real life – the only difference is the amount you are communicating with. The person in real life who tells you everything without encouragement is also going to be the one spilling the beans online.

There have been many surveys and studies conducted on peoples activities and usage of Facebook. A recent survey concluded that people who tend to feel insecure in their relationships are more active on social networking sites in the hope of getting a little attention. It also concluded that there are two distinctive personality types on Facebook:-

Further to those two distinct personality types, there has also been a conclusion made for classification of people who post and what their posts mean about their character.

Personality Type: Instead of asking for what they want, they get annoyed when people don’t give them what they expect and are generally impossible to please.

Personality Type: Typical victim, craving attention even if it is pity.

Typical Status: “Off to the Maldives, upgrade in flight, 5 star here we come!”

Personality Type: Supportive, nurturer that craves acceptance and recognition from others.

But what about the time we spend on Facebook, scrolling through posts, commenting, and stalking others? It has been found that the more positive affirmation (likes) you receive on one of your posts, the more time you will spend on the social media sites. As humans, we all crave social affirmation and this can occur both on or offline (everyone likes flattery). Therefore, are ‘likes’ considered addictive? With over 60 million status updates made worldwide every day, you would have to conclude addiction definitely plays a part in the process.

With all this activity and research in to Facebook, it’s no wonder policies have been implemented to monitor Facebook usage in the workplace and that Facebook pages are reviewed during the recruitment process.