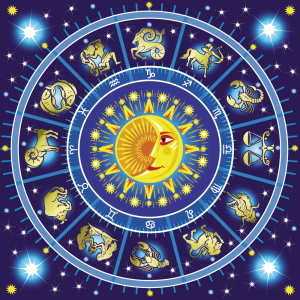 Whether we grab the paper or look online daily at our horoscope, we have all at one point or another read what’s in store for us. I am one who believes that we create our own destiny, but still like to know what the planets have in store for me! And so, I wanted to share a summarised version of your career horoscope for 2016.

This year will provide you with an abundance of work, growth and development opportunities. It could be seen as the most important and potentially successful in your professional lifetime to date! In addition, 2016 will also prove to be a lucrative year for you in regards to income opportunities.

It looks like it’s time to work hard, get that promotion you seek and ask for a pay rise!

2016 proves the year to focus and create a balance between work and play as your big growth and opportunity year will be 2017. Before your big year next year, you will need to take control of your financial matters in 2016 and will find the motivation and determination to do tasks that may have in the past be seen as “too hard”!

After working hard and pushing yourself to the limit the past couple of years, 2016 will be a year of consolidation and relaxation. You will learn to pace yourself, even though you feel you are working 24/7. Your efforts will be recognised and there is potential for major new career beginnings.

The key is patience and persistence.

This will be a “better than average” year for Cancerians regarding your career. Although the start of the year may seem “slow” with work, things will pick up at the end of March! Although this may not be the year for professional opportunities for you, it will prove to be a great year in redefining your career objectives and creating a path to what you are striving for.

Slow and steady wins the race.

This will definitely be the year for you! 2016 is considered to be one of the best and most potentially lucrative year for income opportunities! Money, money, money is the dominant force right up until September!

This unfortunately isn’t going to be the year that Virgo’s set the world on fire, but then on the other hand, it won’t be a mediocre year either. 2016 is a year for focus, establishing and striving towards the professional goals you have set yourself. This is all setting the path to 2017 which appears to be the big income year for you.

Put in the effort to reap the benefits.

2015 was a year that appeared to hit Librans hard, but from that you have learnt the valuable lesson of working smarter. Major new beginnings may present themselves early March, which may bring an improved income situation for you. Opportunities for success may be limited so when they appear, grab them with both hands.

Be open to opportunities and good things will come your way!

Although 2016 may not be the year for huge career success or changes, it will prove to be a good year for you to enjoy the benefits of all your recent hard work. In the second half of the year, luck will be on your side and limited opportunities may present themselves to you. Recognise and grab these as they will lead to substantial benefits for you.

Take a step back and appreciate all you have done.

2016 is rated 10/10 for Sagittarians in regards to career and professional matters. The wheels are already in motion for this to be one of the best years ever! This success will demand hard work and commitment from you, so ensure you endeavour to keep balance in your life. August – September will be the period that you will shine professionally.

2016 definitely won’t be a dull year but there are no indications that suggest anything extraordinary occurring for your career or professional work. A small window of business opportunity may present itself in June, which you need to grab as this may be the only opportunity for the year for you. Even though this year may not be the most exciting year, 2017 appears to be the opposite with the wheels starting to be in motion from October 2016.

Take time to lay the groundwork for next year.

You have worked hard for the past three years and this is the year to take a step back and appreciate what you have accomplished. Your efforts are likely to be rewarded financially and professionally in the early part of 2016.

It’s time to enjoy the benefits of your hard work!

Activity within your professional career will gain more momentum in the second half of 2016, with July and August seen as the most important months for your career. You will have increased determination and drive to “go that bit further” throughout the year. These efforts won’t go unrecognised to anyone.

Going the extra mile will be rewarded!